As I couldn't find any good release notes information, I thought I'd make a first-move on any new stuff.  I will try to update this post regularly as I discover things.

These are the official release notes:

The links sound promising, but doesn't actually state anything.

I installed this on a virtual machine running Windows Server 2012 R2 Preview Standard edition with SQL2012(yeah why not go all in on R2?

). Not much to say here. It's basically the same install procedure as SCSM2012 version, didn't encounter any issues and the prerequisites are the same.

First thing I noticed was a new console logo design when starting up the console: 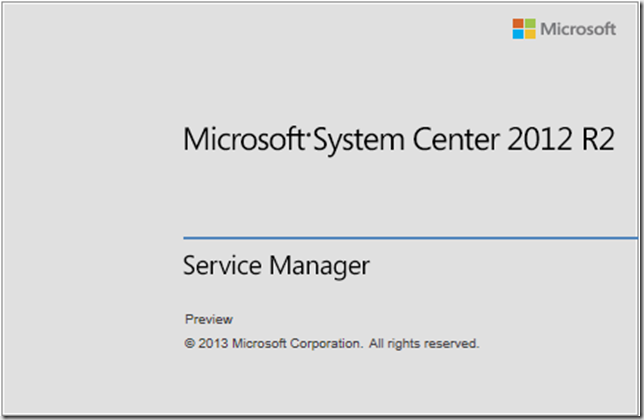 From here it pretty much looks the same. I went ahead to check different things, but quickly realized this would be to find a needle in a haystack. So I checked the Management Packs to see any difference. No new Management Packs added. Anything changed in the MP's then? To figure that out I tried to do some comparison with the file sizes from SCSM2012SP1 with CU2 and the preview version:

However, a powershell comparison of the content revealed that only one management pack had any real difference. The other Management Packs had my own custom changes: ex. I had an AD-Connector and had added a test Support Group.

So the only change to be found besides new version numbers in the management packs was this:

So likely a Team Foundation Server extension to the SCOM agent. from: http://technet.microsoft.com/en-US/library/dn249700.aspx

So nothing big yet, though I haven't checked the dll files or the web portal, but if this is the only change in the Management Packs it could look slim with the rest. We'll see…

A comparison of the Service Manager folder revealed some new folders and files. A Microsoft.IntelliTrace.Profiler.12.0.0.SCui.dll has been added to several folders and an Advisor folder is added as well. Normally Intellitrace is used as debugging in Visual Studio to record details about previous events and actions. This is something already available for Operations Manager, but seems to be enabled in Service Manager now so we'll have a more granular debugging when error occurs. Read more here how it works: http://technet.microsoft.com/en-us/library/jj883935.aspx and here: http://www.microsoft.com/en-us/server-cloud/system-center/advisor.aspx

"System Center Advisor is an online service that analyzes installations of Microsoft server software. With the latest preview version of Advisor and Update Rollup 2 of System Center 2012 Service Pack 1 (SP1), you can now view Advisor alerts in the Operations Manager Operations console."

That's it for now. The content in the dll files might have added content, but I wasn't able to make sense of the comparison here, and couldn't find any descent decompiling comparison tool.

Next up is installing the web portal – on a Sharepoint 2013!

Unfortunately this didn't work, it's still the same prerequisite failure: 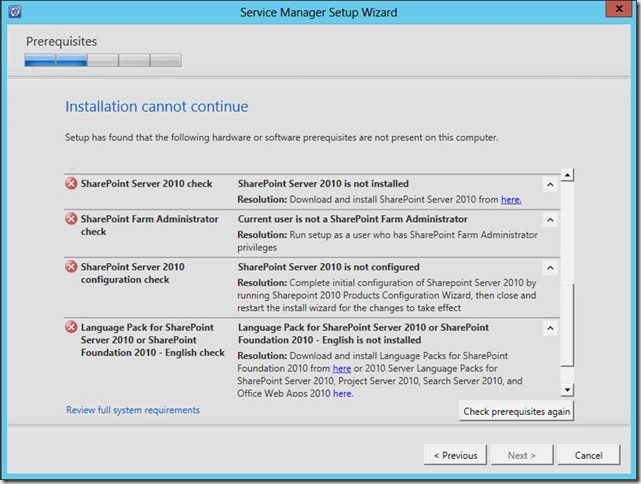 I don't know if this is just due to the wizard setup not being updated or it actually isn't supported. To check this we'd have to install it via the msi file with all the right parameters, not something I'm going to do just now.

3) Support for System Center Advisor (what that actually implies is a little unclear at the moment).

This is of course only a preview version so we could see more changes to come and I  might have missed something in the comparison too, but for now a diplomatic conclusion must be that if you're waiting for R2 to be released before start using Service Manager, there is no need to wait

About the Author: Morten Meisler