SCOM 2012 and errors with Regional Settings (other than english)

I remember when I started my IT carrier at the European Union, every time we met up in Bruxelles we were divided into three groups a German, a French and an English spoken. But we still got an translated paper copy from the meeting in our own language (Danish). So all the meetings was translated to the locale language… Perhaps they don’t do it like this anymore – njjaaa…..

Back to Operations Manager 2012 – an annoying issue with the current version (2012 RTM and 2012 CU1) seams to affect all other users than the localized one.

I first saw the issue at a customer where we had used a couple of days to create Distributed Applications, but when we tried to rename them according to the local naming convention it would not show the new saved name. We tried to Create a new Folder, rename it and 3 seconds after it turned itself back to the original name – or if you try to change properties on an object – save it and open it again – and you cannot see your properties.

So if you have an Operations Manager 2012 Server configured with other regional language than the installed one – in my sample its Danish, you could avoid this issue by changing all management servers to English Regional Setting in the Control Panel. Or the

I have tried the old 2007 trick by changing the regionals for the SDK services account without any luck, so I have raised this for Microsoft and hopefully we will get an update when this issue is fixed.

1) Install SCOM 2012 English version and change the regional setting in the control panel to a language other than english.
2) Create a new Management Pack – in my sample I call it Test Localization
3) Create a Folder in the Monitoring Pane. 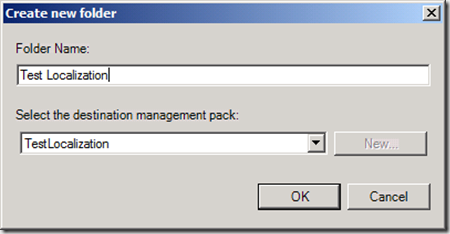 4) Rename the Folder to anything else than the created name:

5) Wait a couple of seconds or pres F5 – and wupti it returns to the original created name.

6) If you export and opens the management pack, you will see both the languages and your changed name or description – depended on what you changed.

From the management Pack: 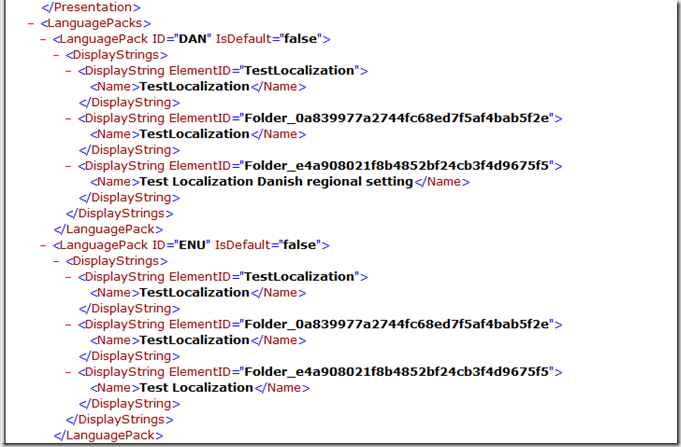 Sunshine to everybody
Kåre

About the Author: Kåre Rude Andersen