Yesterday the ConfigMgr product team over at Microsoft released the latest current branch version 1706 (and the techincal preview 1707 within a 24 hour period, Awesome work!) and with that came another great pre-release feature that we previously only had access to in the Technical Preview (TP 1706)

and that's the ability to run powershell scripts directly from the ConfigMgr console. This is one great feature that really excites me 😀

If you want to learn more about this feature you can read the MS docs here:

First make sure that we are running CB 1706, since this feature is a pre-released one it does't come activated out of the box. 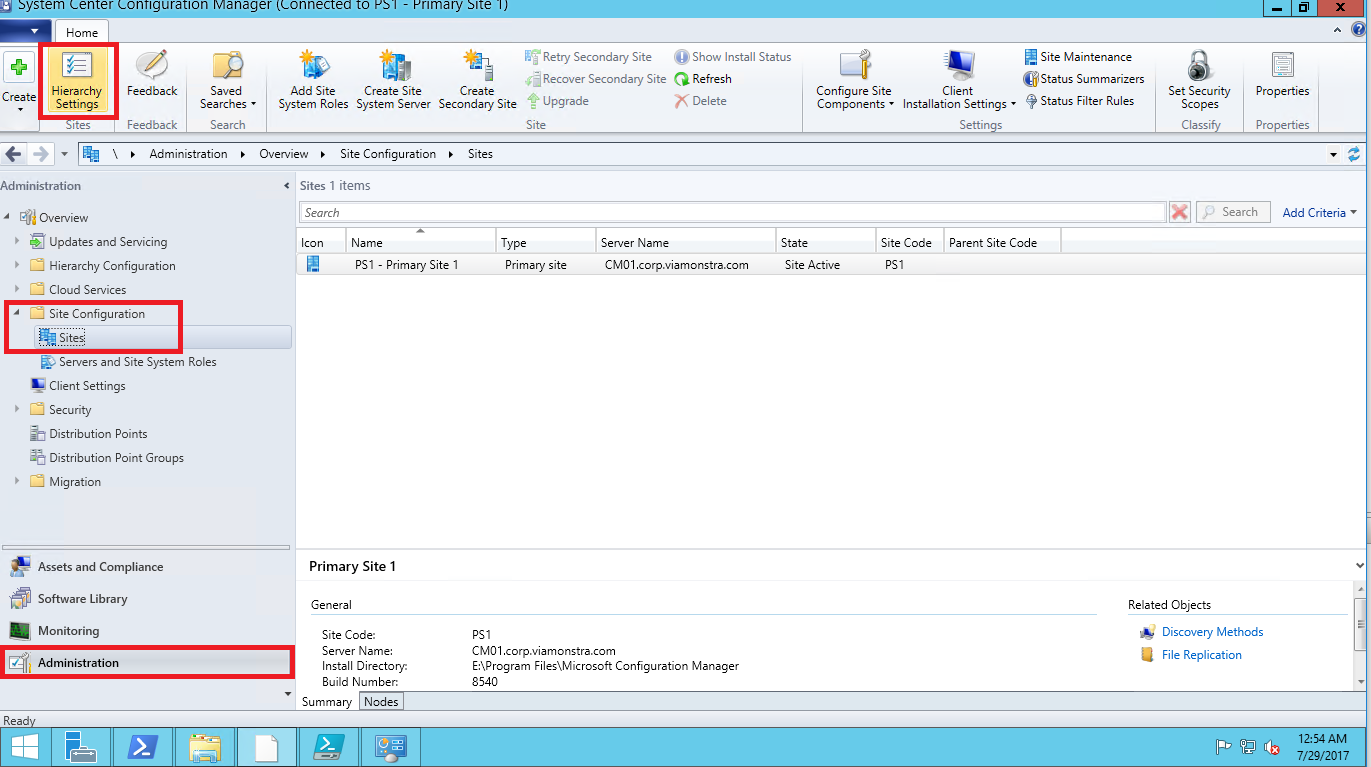 On the General tab we find something called "Consent to use Pre-Release features" we need to make sure this is checked otherwise we won't be able to use Pre-released features.

There's also a new check box that states "Do not allow script authors to approve their own scripts." Here you need to make a decision of that's how you want it or not, by default it comes already pre-checked. If you don't want this you need to un-check it. 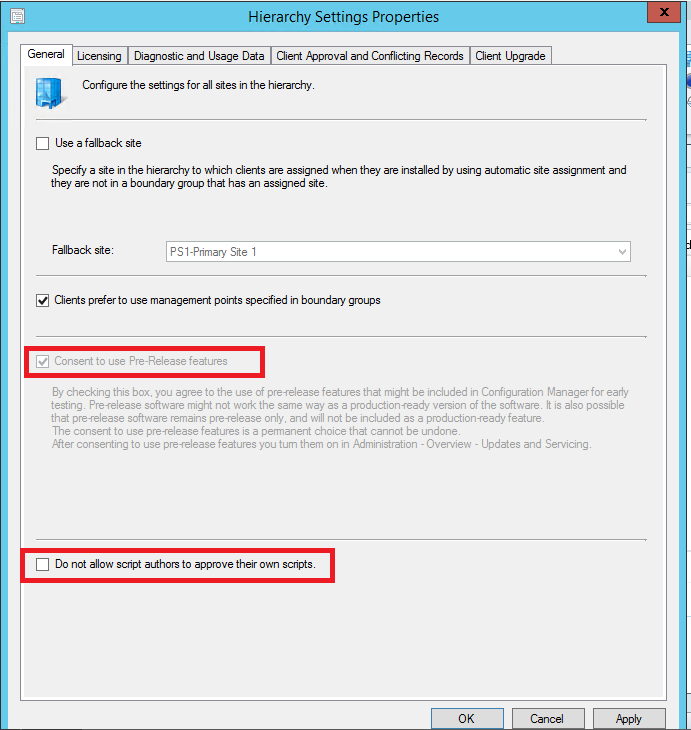 After that we will stay in the Administration pane but go to the "Updates and Servicing" - > "Features" and here mark the feature called "Create and run scripts" and right-click to get the option to turn on. 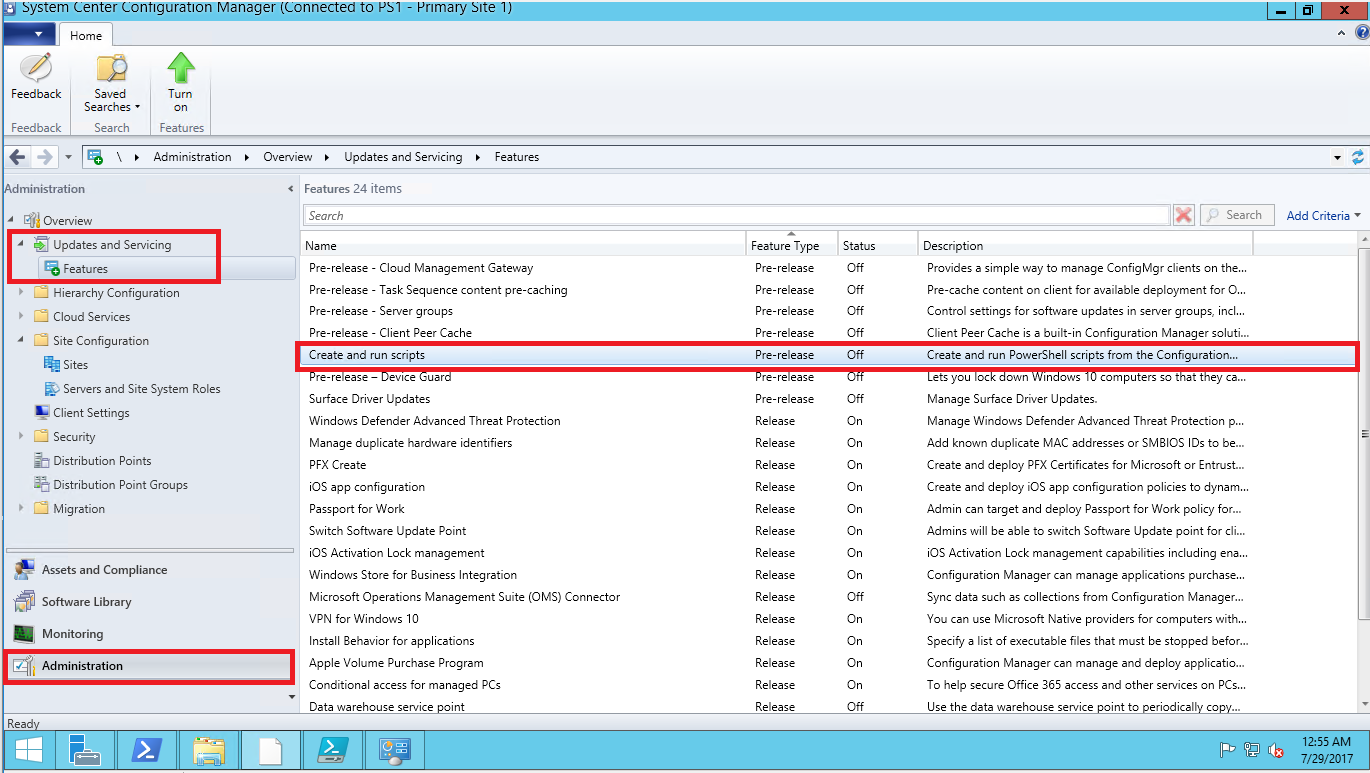 When clicked "turn on" you will get this dialog box and here you click "Yes" if you really are sure you want to activate the feature. 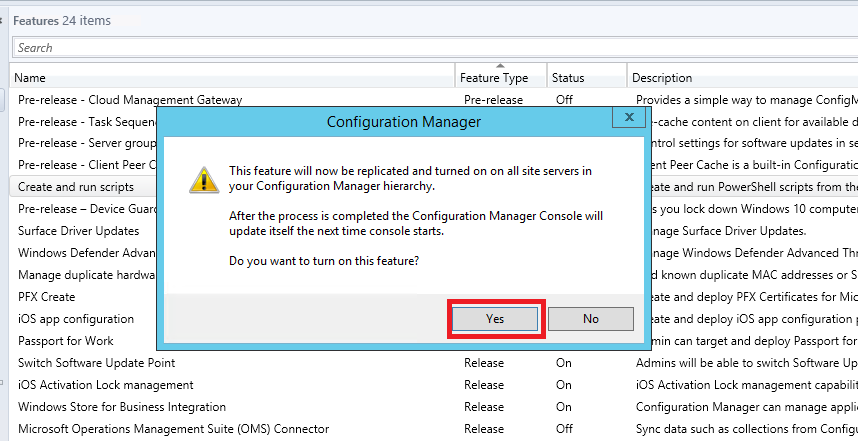 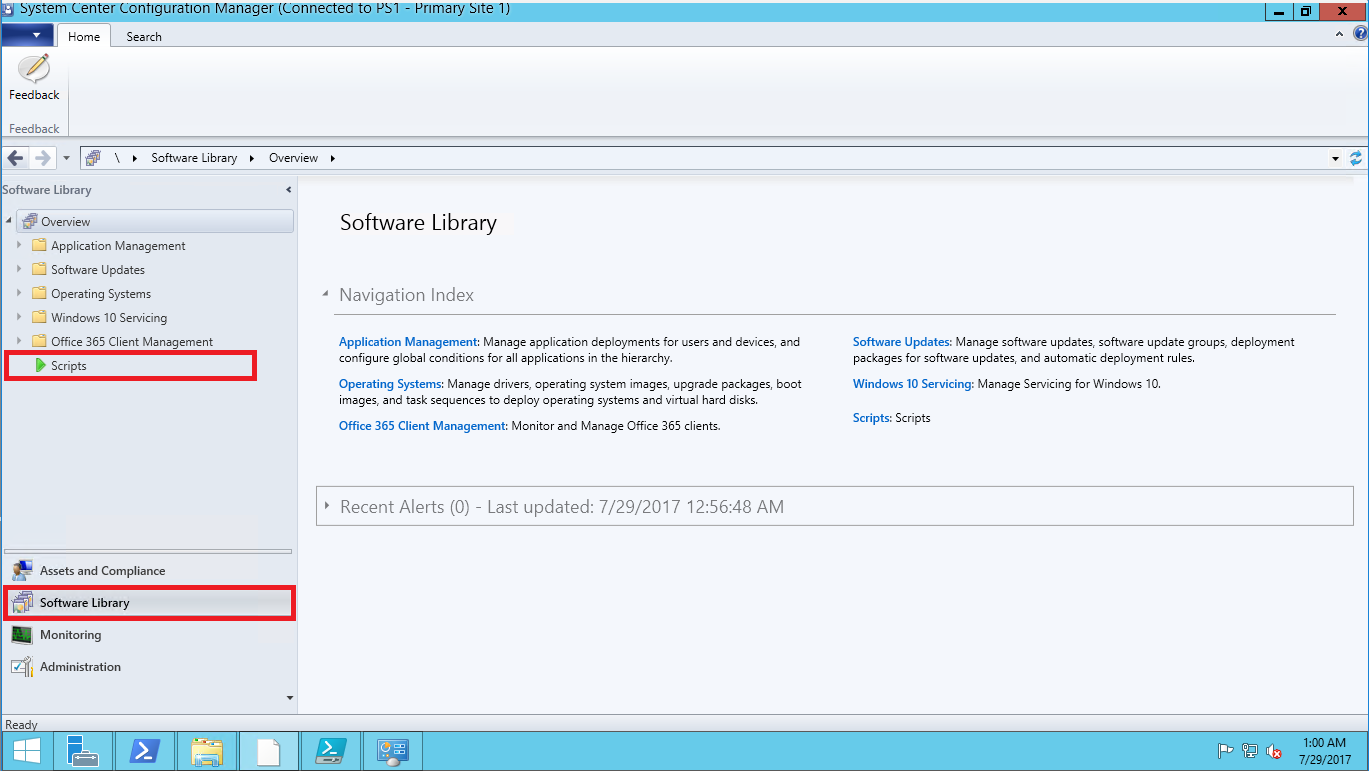 If you want know how create and run scripts you can find out more here:

You can also find me over at www.timmyit.com and  don't forget to follow me on twitter https://twitter.com/TimmyITdotcom

About the Author: Timmy Andersson