If you see event ID 108101 and 33333 in pairs on your management servers, then you might have relationship discoveries that are failing due to missing target instances.

Today I was troubleshooting this issue at a customer. The content of the event ID 33333. The thing to notice is “The specified relationship doesn’t have a valid target” 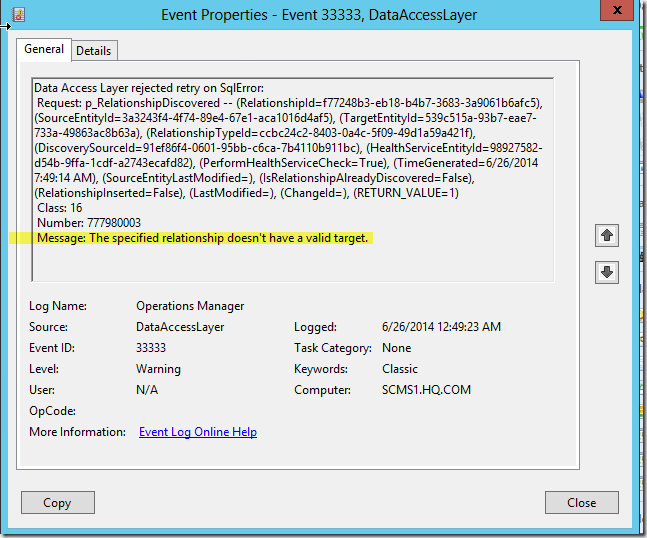 An the event ID 10801. The key information here's is the Discoveryid 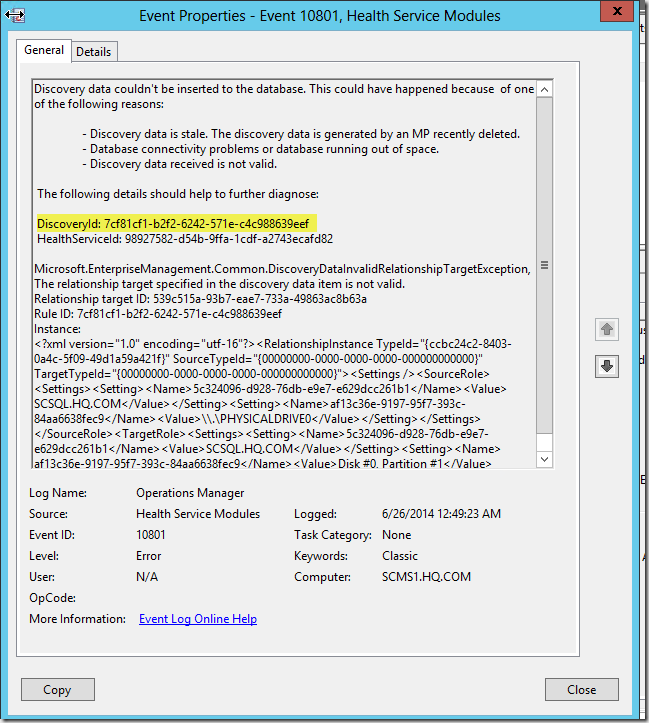 Now find that discovery rule in the SCOM console. For the relationship discovery to work, there has to be instances of both the source and target class. Here only source instances existed due to the override enable on physical disk. The partition discovery had no override enable! 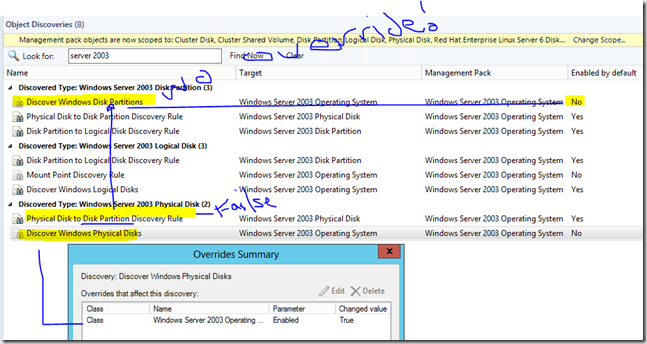 Since the customer didn’t needed the discovery of the physical disk, the override could be deleted. The only thing to keep in mind here, is that if you have enabled a discovery that by default is not enabled, the the discovered instances will not get removed even though you run the cmdlet “Remove-SCOMDisabledClassInstance”. To remove them you must change the override to false and add a tick in the enforce column.

Now you can remove the discovered physical disk instance by running the cmdlet Remove-SCOMDisabledClassInstance.  Shortly after the instance are gone and so are the event ID’s 10801 and 33333.

About the Author: Lars Villaume Jørgensen