If you install the ADK for Windows 10 after you upgrade to ConfigMgr 2012 R2 SP1, existing boot images won’t be upgraded and as a result you will be missing a few tabs on the properties of the boot image, such as adding Drivers and Customize. 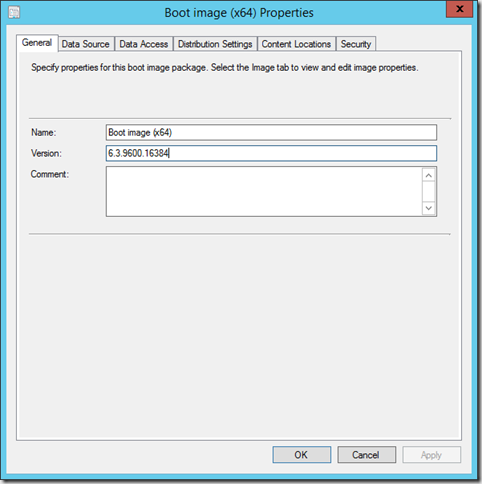 Well, if you haven’t installed the SP1 yet, you can simply make sure to uninstall the old ADK and install the new one before installing SP1. The installer will update the boot image for you.

If you have already installed SP1 luckily there is a fix:

First you need to update the boot.wim file that SCCM uses for the default boot images.

Copy the winpe.wim file from the installation folder of the ADK such as: (make sure the architecture is the same, in this case 64-bit)

Copy the file to your OSD folder in the installation directory of your ConfigMgr such as:

Delete the old boot.wim and rename the winpe.wim to boot.wim

If you have custom boot images, replace the source media in these as well.

Now we need to refresh the image data that ConfigMgr uses to decide whether or not  to show the extra tabs on the options dialog.

Create a new PowerShell script with the following content:

Make sure to specify the correct site code and package ID for the Boot Image to update.

Voilà your boot image is now updated to Windows 10 ADK, and you can add drivers and customize to you image again. 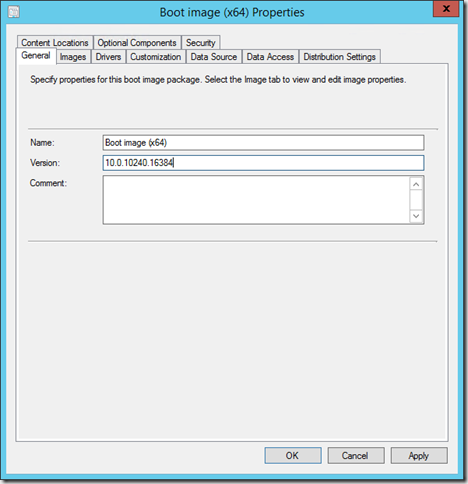 Remember to update your distribution points to build the image and redeploy content.