Create Boundaries in ConfigMgr based on your DHCP-Scope using PowerShell

Sample script at the end for this article.

I was recently at a customer that wanted to add new boundaries based on their DHCP-Scopes. This would be a very easy task if they only had a few, but they had well over a two-hundred scopes so I decided to create a PowerShell script to do the Job. One thing you need to bear in mind when doing this is that a DHCP-Scope can range from 10.10.10.1 – 10.10.10.254 which means when creating these boundaries that all client in this range are supported, no one is left out. However, a DHCP scope can also range from 10.10.10.100 – 200 which means that if a computer or server is not using DHCP but has been given an IP-address like 10.10.10.43 from an administrator which is outside the range and the computer or server has a ConfigMgr agent it would be left outside and would not be managed by ConfigMgr.

Well let’s go to the good stuff. First and foremost, we need to export the DHCP-Scopes to a comma separated CSV file. Run this command on your DHCP Server 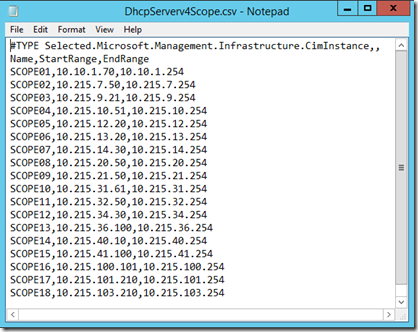 Next save the csv file on a drive on your ConfigMgr Primary server where you want to import the Boundaries. In my environement I have used D:\Scripts

Then yous should be able to see all your newly created boundaries in your ConfigMgr Console! 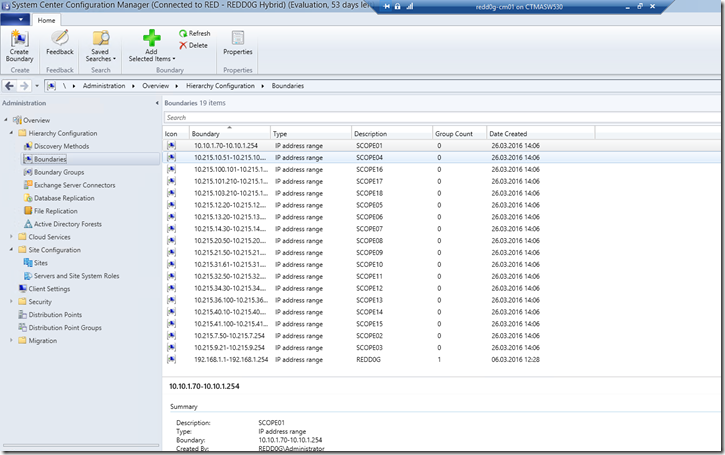 Do not forget to leave a comment if you have any questions – Have a great Easter!