With the announcement of Windows 10 Microsoft released a pre-created Task Sequence for an in-place-upgrade scenario with all the necessary steps it takes to upgrade from Windows 7, 8 or 8.1. For more information and the task sequence itself go to the System Center Team blog here: http://blogs.technet.com/b/configmgrteam/archive/2015/06/16/revised-content-for-the-win10-in-place-upgrade-via-task-sequence-for-configmgr.aspx

The task sequence after imported into SCCM: 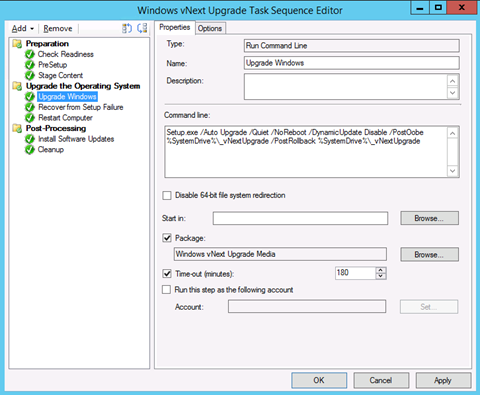 Now, the task sequence comes 100 % out-of-the-box, but if you want to monitor Roll Back Scenarios then you have to add a simple step at the end of the sequence named Trigger Rollback. 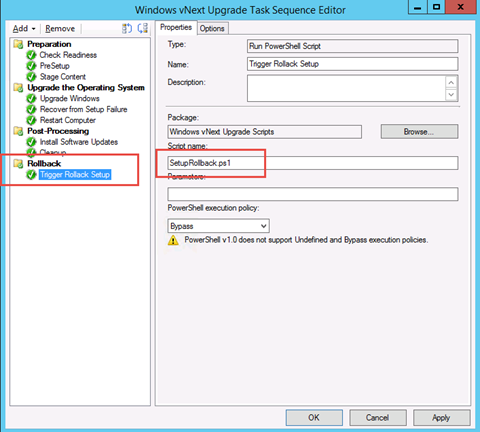 Now, if you take a look at the "Windows vNext Upgrade Scripts" folder it also contains SetupRollback.cmd. But taking a look at the script reveals that it simply calls the PowerShell script and sets Execution Policy to Bypass. The same we are doing in the Task Sequence.

"The Trigger Rollback Failure step should be the last one in that group to purposefully fail the task sequence for proper status monitoring."