Manage your Windows 10 devices via PowerShell and Microsoft Intune

When browsing in the Intune on Azure portal to Device Configuration you will see (in the near future) a new node PowerShell scripts. In this node you can add your PowerShell scripts that you want to deploy and execute on your Windows 10 devices. A new way to alter settings or configurations via PowerShell on your devices, which is awesome if you ask me! 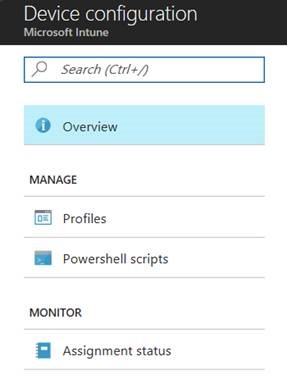 I have just created a “hello world” PowerShell script that can be added via the Intune on Azure portal. You can add the PS1 file to Intune and configure how it is executed! 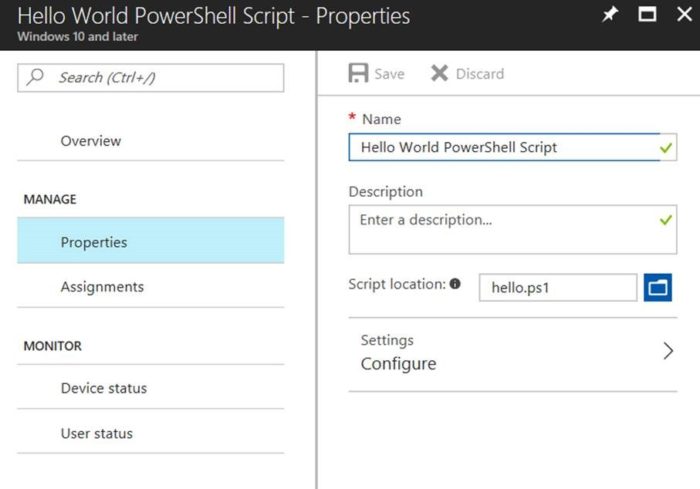 After uploading the script you can configure if the script news to use the logged on credentials or not and if a script needs to be signed, or not.

The script is executed automatically and in this case the users sees a message, but basically you can run any script and alter the configuration of the system.

This new feature is a nice addition when managing Windows 10 devices via Modern Management, but using the PowerShell script feature must be used with care, with PowerShell you can do powerful things on devices for the good and bad. The PowerShell scripts feature of Microsoft Intune allows you to run scripts, if you want to need more Windows 10 management options, have a look at the co-management solution which was also announced today at Ignite. With co-management you are able to pick and choose the management features (cherries) of Configuration Manager and Microsoft Intune for your needs.

This new PowerShell Scripts functionality will be available before the end of October in your Intune tenant!

About the Author: Peter Daalmans