A while ago, I noticed that the PC name specified during the "Import Computer Name" part of SCCM didn’t stick  trough out the entire deployment process..

The strange thing was that this wasn’t the case for all my task sequences. What I then noticed was that the name (when it changed) always took the WINPE random name like  "MININT-XXXXXX", which led me to think that it properly had something to do with the MDT integrated TaskSequences, and what do you know, it did!

It then got me thinking, that the MDT scripts properly updated sysprep.inf with the variable "OSDcomputername" (MDT variable) and not "_SMSTSMachineName" (SCCM variable).

I then added a "Set Task Sequence Variable" entry in my TS, were I defined  "OSDcomputername" with the value of "%_SMSTSMachineName%" and that actually did the trick. The name continued to be the name defined in SCCM. 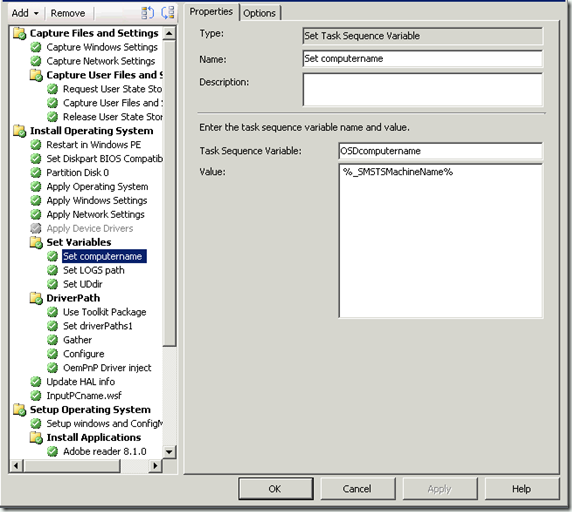 I’m pretty happy this worked, as i think the MDT integrating supply you with a lot of features that i wouldn’t want to be without.